That's right! It's Ben and Nat's 'Sayonara' party. Being the Captains we are, we've organised it ourselves as Ladies Captain Nat departs to enjoy life in Spain and Ben imminently makes his high profile transfer move to Team Dad. A well known poacher club of many a BEFC player.

As you should know Natalie is the founding Captain of BEFC Ladies, who took us from the idea into reality, and BELFC is now a strong and highly sociable ladies team as part of the BEFC family. Nat's now moving to Spain as part of her job and so please come and bring your best wishes for her new adventure. Ben took over from Ferdy as captain 4 seasons ago after being press-ganged by Keith and Rich Sciver. He's largely responsible for all these crazy ideas about competing for Division 1, getting sponsors and starting more teams thus requiring more Captains and even more Vice Captains. Realising BEFC still doesn't have a youth team he's preparing for a newborn at the end of May. Ben's not gone for good, but the tactical planning from BEFC matches made him realise there is totally no chance of being able to fulfill his captain duties washing the kit as well as stinky baby diapers.

We thought it's a good idea to combine forces and have a joint send off, as well as a passing of the Captain's baton to Jorge and Namiho!
So come on down and let's have a party!

The party will be on the rather prettily lit US Housing Compounds' party terrace where we will raid the Compound's import store for refreshment and order in plenty of pizza. Because... who doesn't like pizza?!!!
An all you can eat or drink affair until we run out - 2000yen will basically cover the food and drinks we'll order in.

Please put your full name down on the registration form like most of our events because you will need to go on a security list for access to the US Housing Compound.
Feel free to invite friends and anyone else who'd like to hi... and bye. 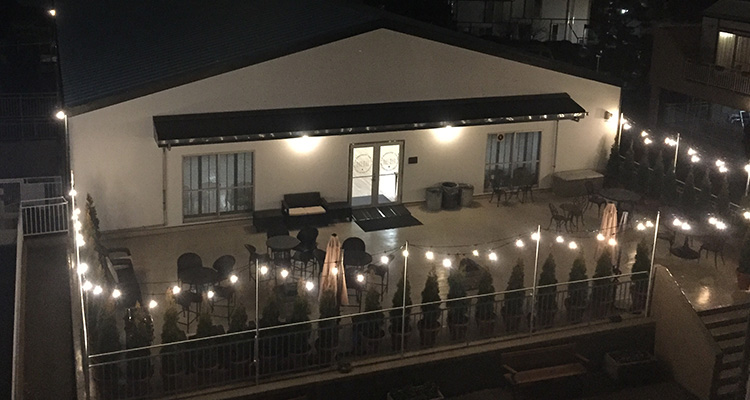