The Knights in White Lycra (KIWL) are a fund raising group who support good causes. Recently KIWL have chosen to NPO Esperanza who are also BEFC's supported organisation. BEFC members will also remember Esperanza who fielded a team in this season's Friendly Cup. KIWL with Esperanza are holding a charity futsal competition down at the futsal court next to E's Cafe where some of us have already played and we are invited.

The futsal compeition is for fun and not competitive and we have entered two teams. Like the Friendly Cup each team needs to be mixed or have an Esperanza player on it. So we'll field as mixed teams as possible. The maximum for each team is 8 players by the competition rules. After the competition there is a party and awards ceremony. It would be good if all the players stay for the after party.

The price to join the competition will be a match fee of 1,000 yen per player with the rest of the fee for team entry paid by BEFC.
Since the after party will be 3,000 yen it makes the whole event 4,000 yen per person. If you do not join the after party the match fee will be 2,000 yen with you helping the club's donation to the charity.

As part of the after party and award BEFC has donated the Frank Lampard signed BEFC shirt as a prize.
KIWL and Esperanza are looking for more teams for this event and so feel free to pass it on to other groups... just remember, it's for fun.

Finally as some of us have played down there before when we supported E's Cafe, the venue is in the same place as Hello Kitty land. And next to Hello Kitty Land is an onsen.
That onsen some of us also checked out last time and it's very nice. So, after the event and party -- for the onsen lovers we can go for a soak before heading home.
As the party ends at 19:00 that's plenty of time to enjoy the baths and get back home.

Check out the poster for the event below, which also links to the PDF version. 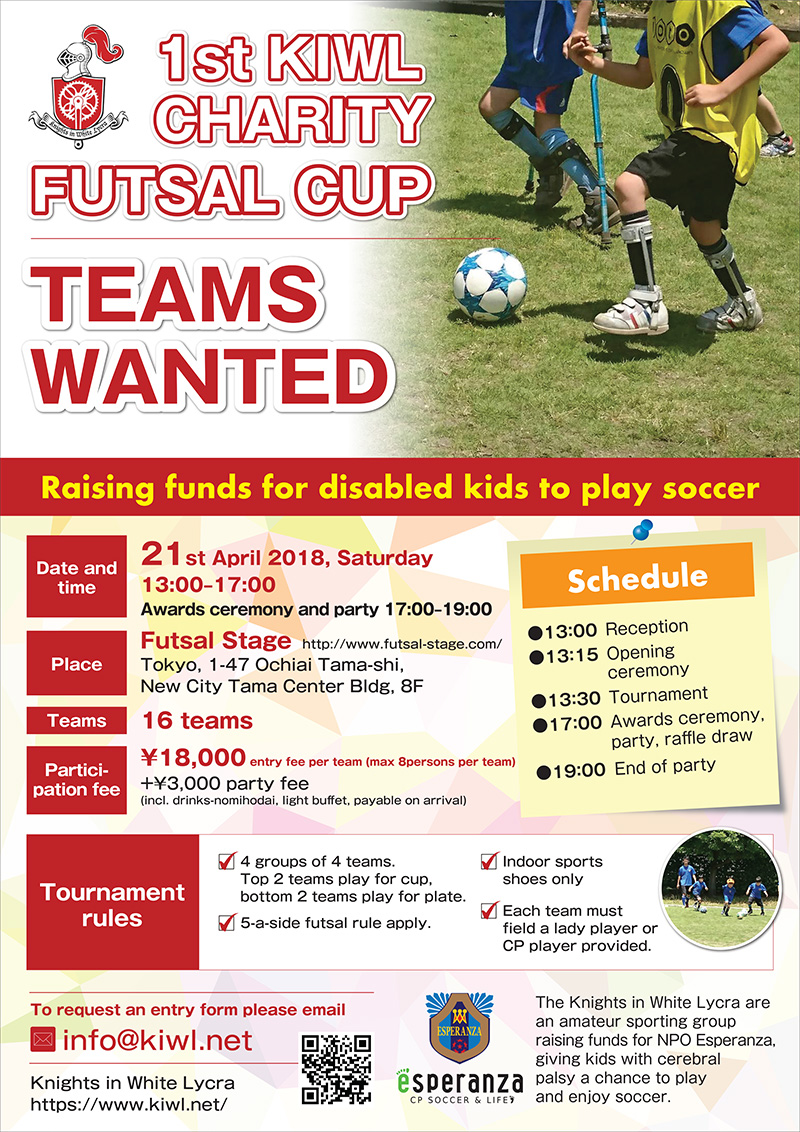