On April 20th, BEFC's futsal team headed down to Kawasaki to take part in the KIWL / Esperanza Futsal Cup. NPO Esperanza are BEFC's supported organisation and KIWL had organised this event to raise awareness and funding or Esperanza's mission in providing a place and opportunity for people with cerebral palsy and limb impairements to participate fully in our society.

The futsal competition was for mixed teams and playing for fun, with nine other teams from various companies and organisations.

BEFC put in a good performance, making a run into the cup stages only to be knocked out by the eventual champions S-Three, so can't say fairer than that. BEFC were able to put some nice futsal together moving the passing around and involving everyone in their moves on goal, and defending together.

When it came to the MVP it was a strong shout for the man between the posts, and perhaps a rare MVP call for BEFC Captain Ben Palmer. Out of all the matches the first was probably the most significant (and competitive) in which Palmer pulled off a number of vital saves, and one on one stuffings of the opposition striker to have BEFC walk away with a valuable 1 - 0 win. In a tournament where the opposition attack often got free for counter-attacks Palmer perhaps managed to keep the scorelines lower with his goalie antics, and it was goal difference that got BEFC into the knock out stages. During the tournament the crowd concurred with shouts of support for some of Palmer's saves and the odd somewhat surprised praise from other team players who knew him from TML 11s.

For a spirited display in goal and a self professed love of trying to stuff strikers in one on ones, Ben Palmer is the Adecco BEFC MVP for the KIWL/Esperanza Charity Futsal Competition. 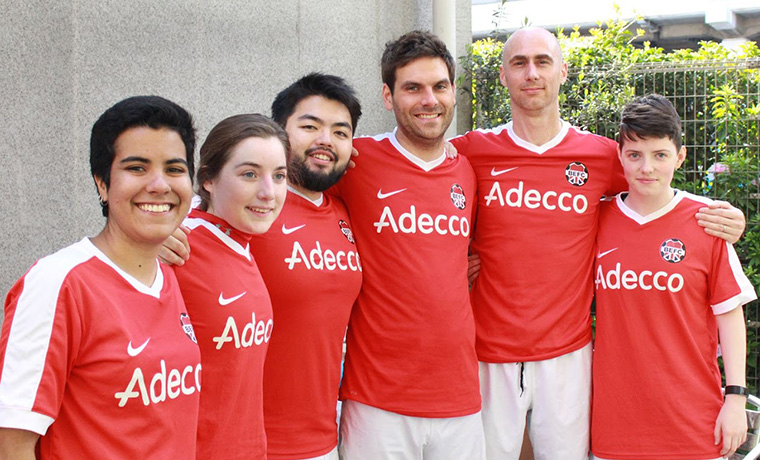