Football Remembers commemorates the centenary of one of the most iconic moments of the First World War - the 1914 Christmas Truce football match. All over the UK and the rest of the world professional and amateur teams staged events and took special commemorative photos preceding their matches.

In Tokyo, the BEFC and friends from the international community took part in a commemorative game held at NSK’s Saginuma sports field on Sunday 7 December 2014.
More than 30 players of 9 nationalities took part and posed for a group photo in their national kits before the games began.
The event began with a chaotic 10 minute match where everyone joined to make two teams, and with no organisation multiple balls thrown onto the field, representing the fashion in which the games where played during the original truce.

After that we split everyone into 3 teams and played 20 minute matches, rotating the teams.
The weather was lovely, and great to play on a grass field in a competitive but casual way. No refs were needed, no offsides needed debating and everyone had a great time.

Some BEFC, NSK and friends then went for food, drinks and conversation at a local izakaya.
BEFC would like to thanks NSK for the pitch, the British Embassy for helping coordinate the media, and of course everyone who came to play.

The Football Remembers initiative is also supported by prominent figures of which HRH Prince William is one of them.
Prince William also is visiting Japan at the end of February, so perhaps he will join us for a game?

More photos can be seen on the BEFC Facebook page:
https://www.facebook.com/Britishembassyfc

The event was also reported on the UK Government's website here:
https://www.gov.uk/government/world-location-news/football-remembers-tokyo-marks-centenary-of-1914-christmas-truce

The event was also reported in the Japanese newspapers.

There is also a Google Drive folder where more higher quality photos can be viewed and downloaded:
Football Remembers Media 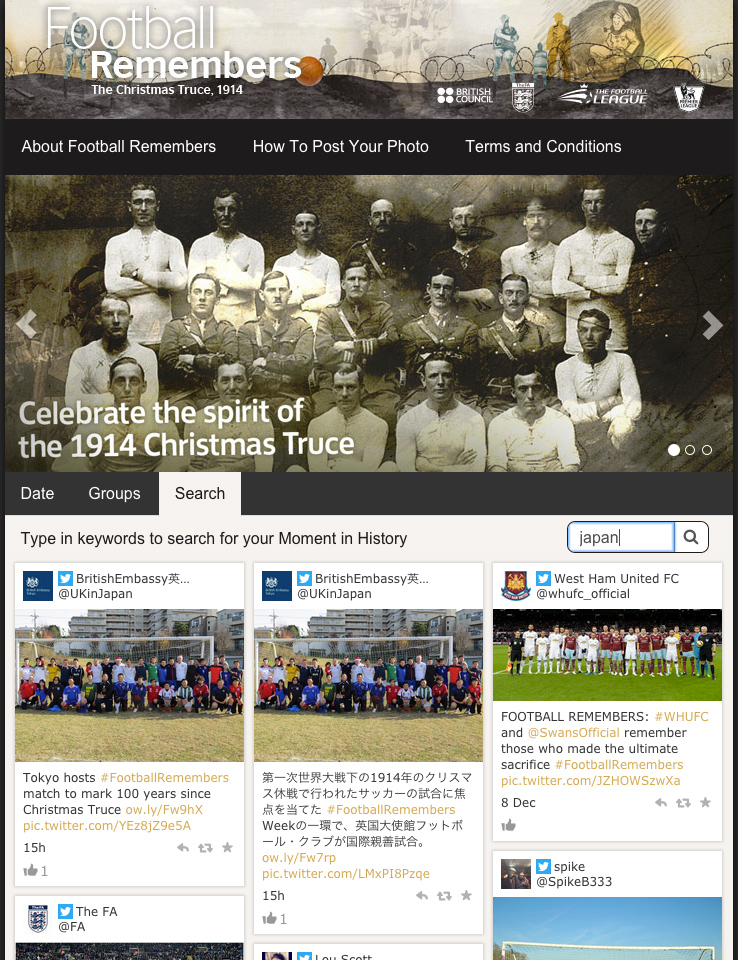