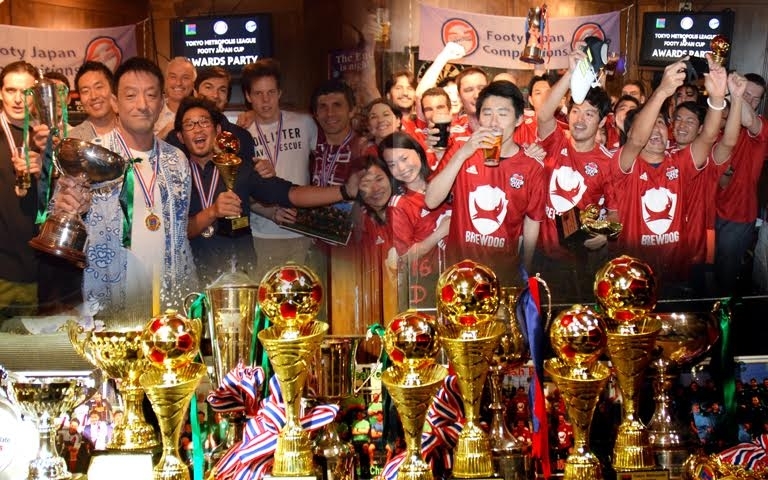 Next Saturday is the TML End of Season party. A few of us have to go and attend the Captains Meeting and enthusiastically collect a 'Runners Up' trophy for Division 2!
If you'd like to come on down and join the party register below and catch up with BEFC (and Maybe TML) mates before the long break. We've tried to make a tradition if wearing our BEFC shirts at the party, it looks cool when everyone's in kit, so if you have a shirt bring it along.
Here's the Party info from Footy Japan..............

Come and join the party to celebrate the Winners and Losers of the season. Just remember, you are all winners in my eyes (except for King George)
All TML players are welcome to attend this event. Bring your teammates, girlfriends, boyfriends (Nikolai), friends and join the best celebration in Tokyo!

Trophies to be awarded on the night are:

As one of our Community Sponsors Hobgoblin will have fantastic deals for all players attending the Meeting & Award Ceremony (awaiting flyer from the Hobgoblin Manager). For those that attended last year, it should be the same deals.